I don’t know how many of you are fond of plants or how many of you like to sit amidst them and see them growing. I spend a lot of time in my small patch where I grow some odd seasonal stuff or any flowering weed that can survive in Rajasthan and can give a good company to others.

If you have been here you might have read that I lost my cousin recently. He has left us in a vacuum of emotions. The plants in my patch and that cousin of mine had a connection, or so do I feel. Let me tell you why I feel so. The day he was taken to the hospital, I had the first seasonal bloom of a yellow flower. It was mesmerizing. I have seen many of that kind but I think when it grows by your own efforts, it becomes even more beautiful — it was — for a while it was the best thing I ever saw — slightly orange in the middle, blooming with the colors of fire. I spent hours staring at it. It was an ordinary flower to be honest but it was beautiful in that ordinary way. 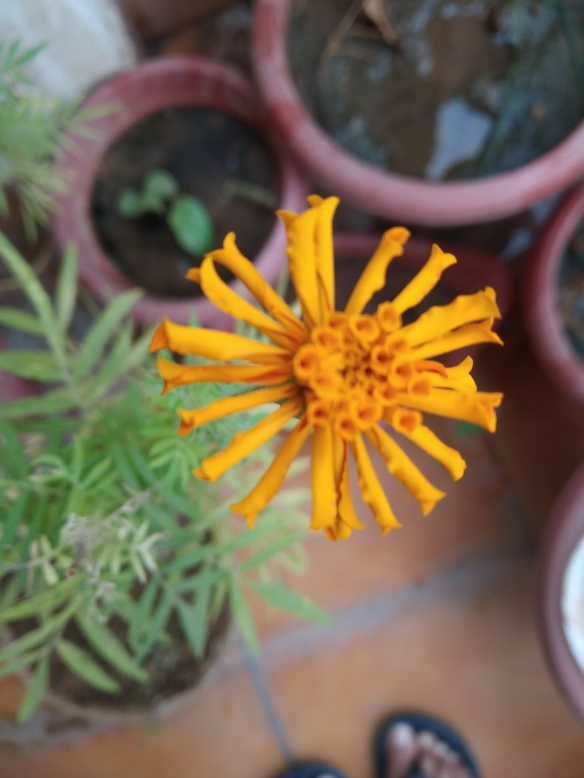 My cousin — in hospital — his reports were getting better but was on life support. Just like the petals of the flowers, he was fragile too — they were synced in the odd ways of nature. Just like the petals were trying to stretch their wobbly arms out of the bud, my brother was trying too and one fine day when the weather was kind enough — it bloomed — both of them. He was taken off from life support but his belly was swollen with toxins. They were to be released, it was manageable, seemed so.
We had hopes, just like the budding bush. It had sprouted tender green buds. Eager to burst open. My heart pounced at the sight of it. Everything was getting better, on both the ends. 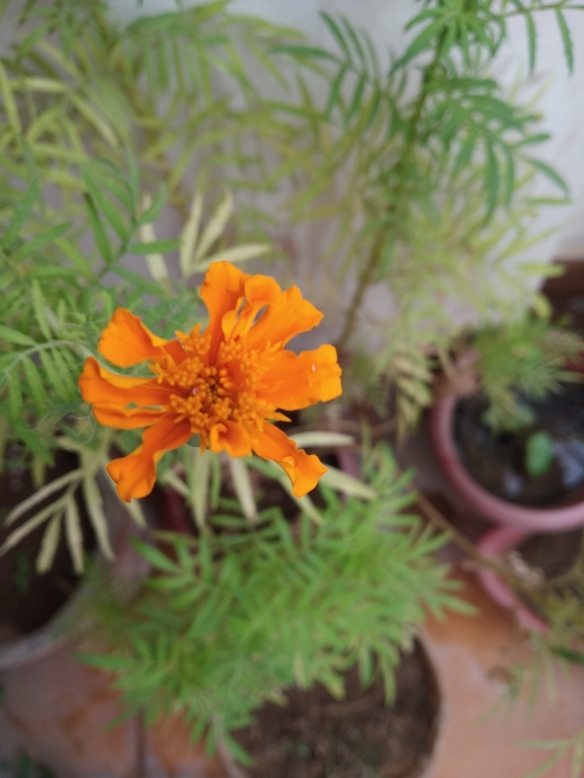 Until one day I saw a strange brown patch of dried leaves on a young shoot. The bud on that shoot was dying, it was scrunched. My cousin had serious issues boiling up again — which was not expected after the treatment he was getting. I somehow knew that things might not be in his favour for long. 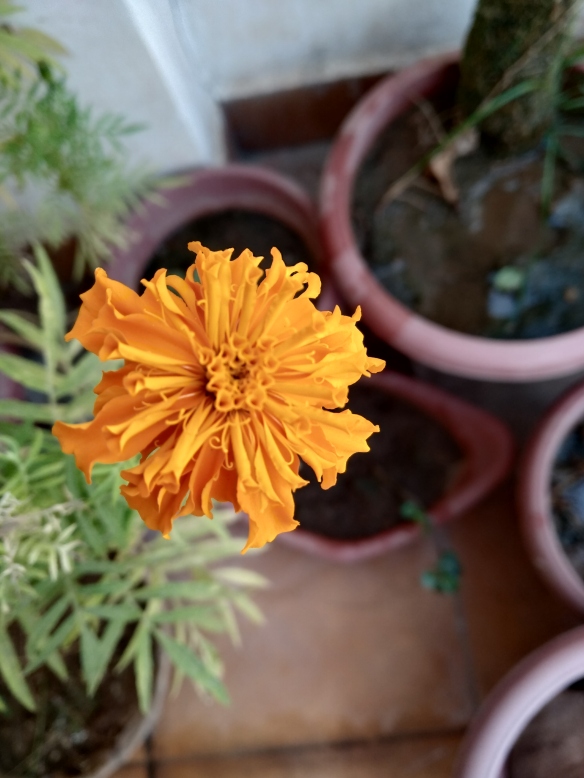 We spent long hours in prayers, we consulted every doctor from the country. I watered the bush, fed it with the best organic compost — nothing worked on both the ends. Further events in both the places were disheartening. They both died slowly — my plant and my cousin. Slow painful, lonely and unexpected death seeped in and left us devastated. They died when they were supposed to bloom. 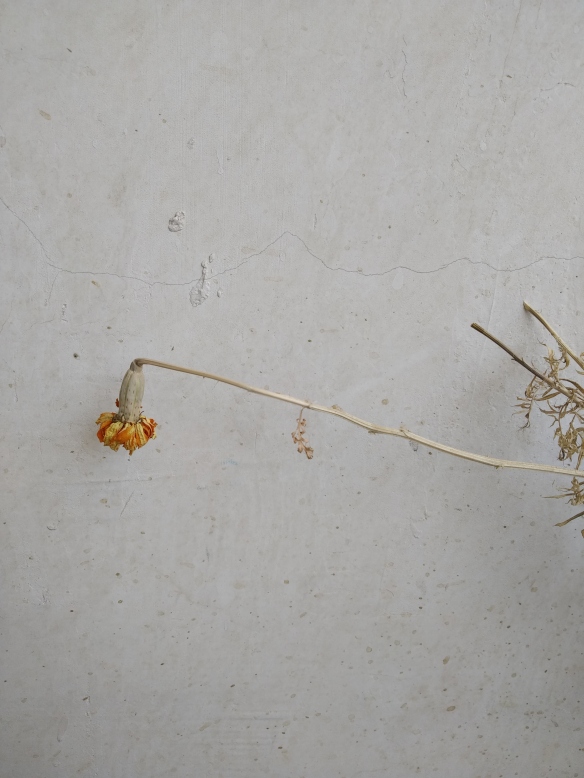 As they say, the soul never dies — the plants too rise from their remains. My flowers buried the corpses of the young ones to rise from them again. They made peace with the laws of nature, they accepted their fate — like my cousin. I am sure he too is blooming in a place better than this. The strange tactics of nature are just to be followed, we cannot make it happen otherwise no matter how much we try. 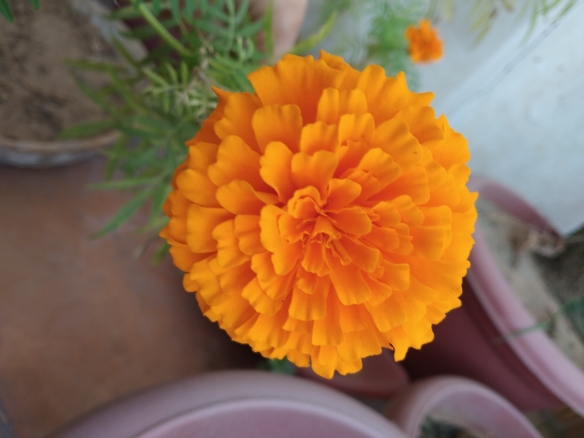 Every flower is a soul blossoming in nature. ~Gerard De Nerval

I don’t know how many of you were able to relate with this but I just wish that your garden may stand against all the odds and bloom. 🙂
If you have read it till here, I want to thank you for doing so. It strangely makes it all bearable when I pour it out in words. Thank you for being here. 🙂

My family, each and everyone of us, we are not okay. And as the situations are we might never be okay. I lost my eldest cousin due to multiple organ failures recently, he was 36. I have summed up a hurricane in a line that has swept off happiness from our lives. 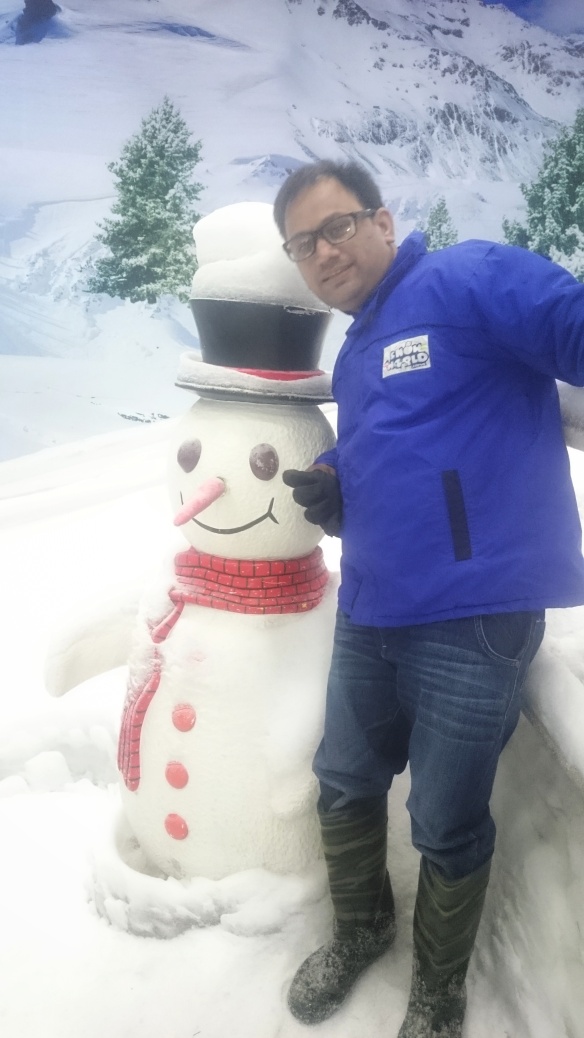 He was; (was; my hands tremble as I realise that he has become he was.)
I don’t know how we should get back to normal or how we should be okay. When someone stares at my face and ask me if I am okay or not, I don’t know what to tell them. We do look okay we have all the normal traits but I cannot show you the void inside. 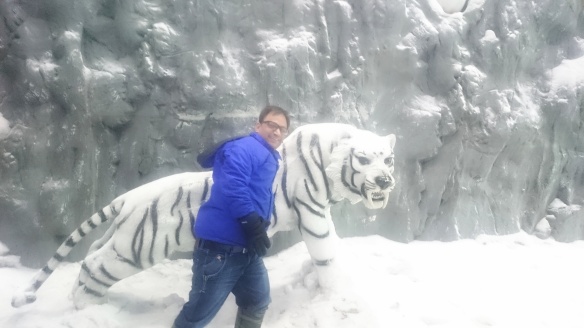 It’s like someone has chopped off my right thumb and I have to form a morsel from that very hand. Blood smeared morsel in a mutilated hand. I wake up to this dream every night. This is how being okay feels like. My mind is working in vicious circle — I grab up any task just to keep myself occupied so that I don’t have to talk because as soon as I start talikng my eyes well up.
We, in my family we had exclusive relationships with him. He was the only one for us. I am one of the youngest here, he was the eldest he saw me growing up, he teased me like no one else had the right to. He was there to see me through the difficult times, he was there just a call away. It shatters me to think that my calls will never be answered now, that he will never make fun of my appearance, that we are no more cracking jokes on some random stuff. 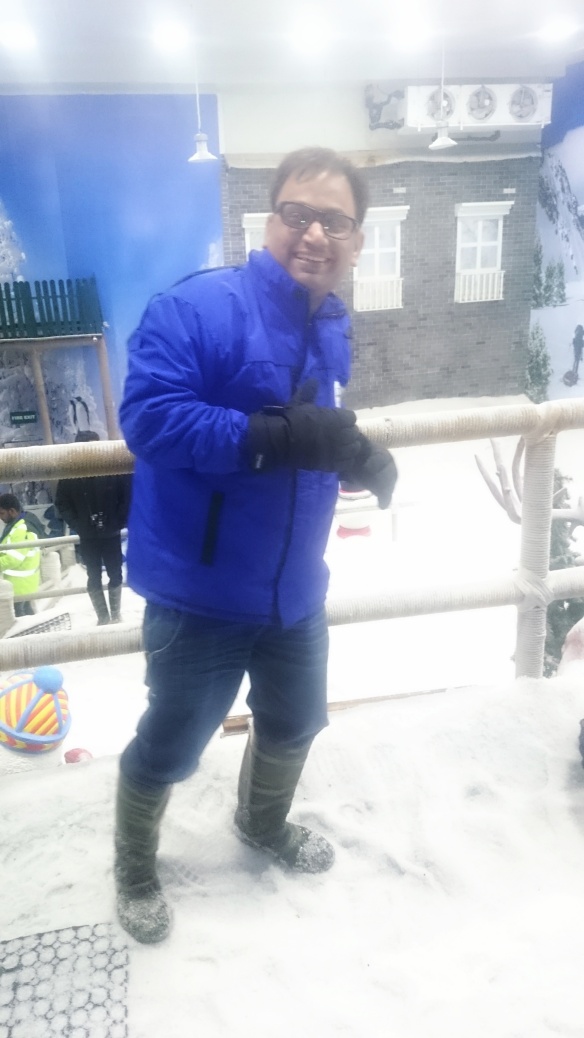 The most difficult thing I would have to do is to give a consoling message to his mother, my aunt. I don’t know how I will ever face you bua, I am scared to see you the way you are. I just want to tell you that if there is a god anywhere who has taken bhaiya with him, he would have to seek forgiveness from you to exist.

I have written this more for myself than for anyone else, because this is the only way known to me to express my extreme feelings as not all the grief comes with tears.

Please don’t expect us to be okay, if you are reading this keep us in your prayers and pray for the departed soul.